The First Meeting of the newly elected Diocesan Pastoral Council

The newly elected Pastoral Council of the Diocese of Udupi met together for their first meeting on 9th March 2017 at Bishop’s House. Fr. Ferdinand Gonsalves led the gathering into prayer. The Bishop made the introductory speech in which he highlighted the goal of the Pastoral Council, viz. to extend full support to the Bishop in his task of fulfilling the Diocesan vision and mission. He also explained the roles and responsibilities of the Council. He gave a brief description of the membership of the Council and welcomed them. This was followed by self-introduction by the members. Rev. Fr. Stevan D’Souza made a power point presentation on the detailed responsibilities and duties of the Pastoral Council. In his presentation he highlighted roles and responsibilities of the Council, preparation for the meeting and creative role, freedom to express individual opinion and to give suggestions, responsibility to implement the decisions, etc… 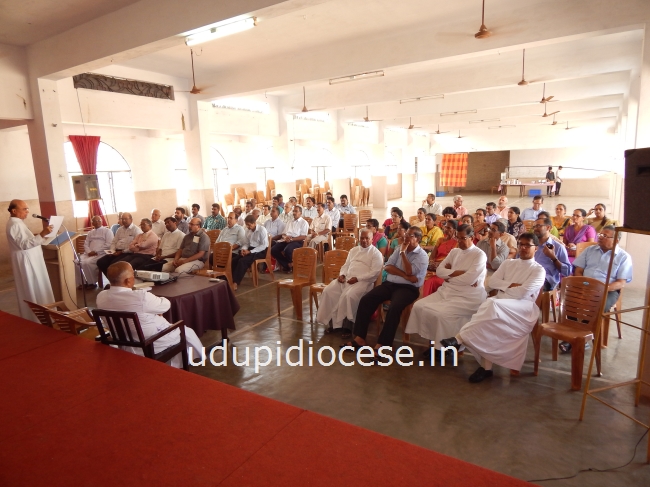 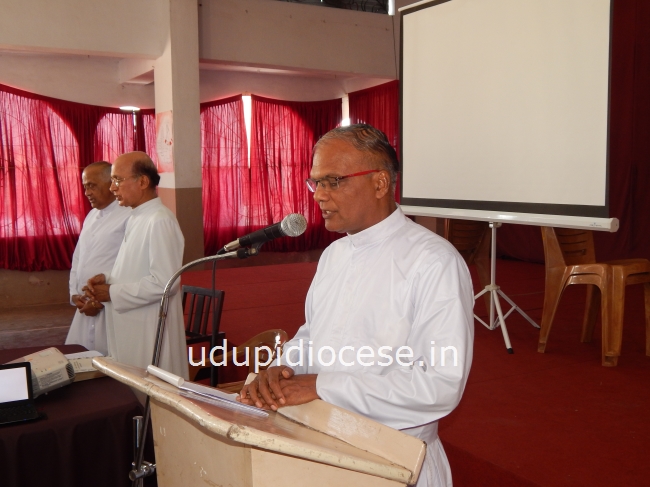 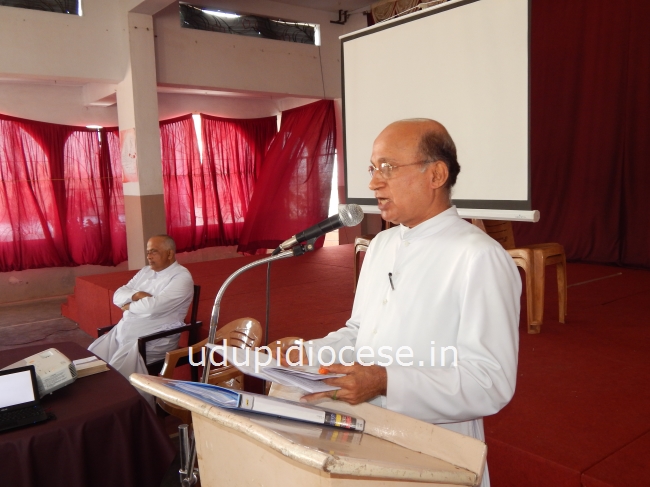 The election to the post of Secretary of the Diocesan Pastoral Council was held. Mr. Alphonse D’Costa of Udupi was unanimously re-elected as the Secretary for a term of three years.

After this the roles and responsibilities of the Representative for the Catholic Council of India (CCI) were explained by the Bishop. Mr. Elroy Kiran Crasto of Gangolli parish and Mrs. Sharlet Furtado of Yermal parish were elected as Representatives of Udupi Diocese for the CCI.

The Bishop explained the roles and responsibilities of the Representatives for the Catholic Council of Karnataka (CCK). Mr. Richard Pinto of Attur parish, Mr. Alphonse of Brahmavar parish, Mrs. Prema D’Cunha of Kundapur parish, Mrs. Therese Mendonca of Kalathur parish were elected as Representative of the Diocese of Udupi for CCK.

Mr. Melwyn Arana of Shirva parish, Mrs. Leena Tauro of Kundapur parish and Mr. Ronald Menezes of Kemman parish were elected as members of the Executive Committee of the Diocesan Pastoral Council. 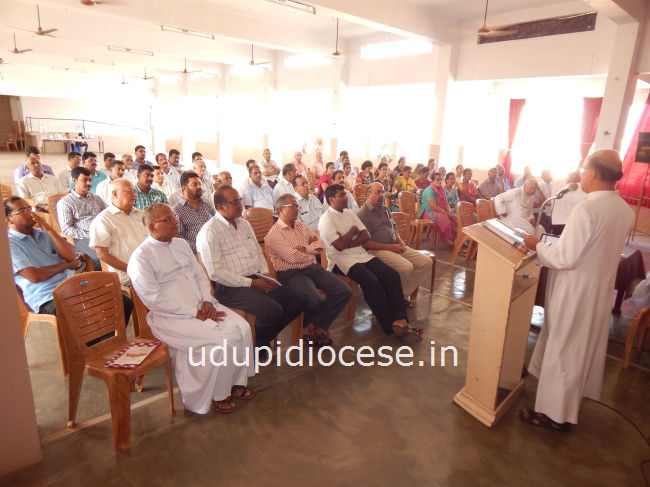 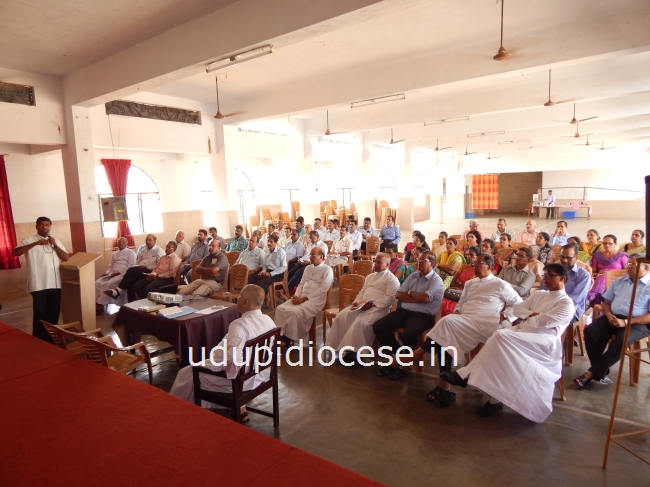 This was followed by the election of the 18 members for the 18 Diocesan Commissions.

The next meeting of the Diocesan Pastoral Council was fixed for 26th July 2017. The topic for the next meeting was announced. As per the announcement of the next Synod of the Church on youth, the Diocese of Udupi is expected to discuss the topic and send the report to the C.C.B.I. The members were told that a reminder for the future meetings would be sent through SMS. A letter also would be sent to this effect 15 days in advance.

The participants were also reminded of the meeting of the Parish Coordinators of 18 Commissions on 19th March 2017 at Bishop’s House.

The meeting ended with Angelus and the Blessing by the Bishop.